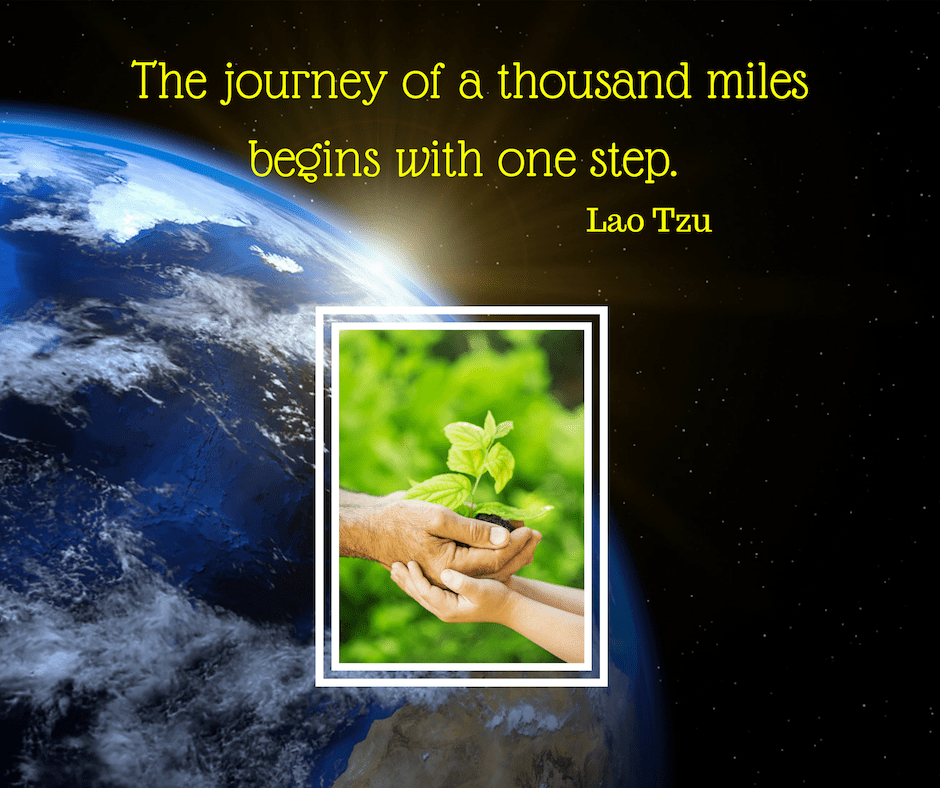 “Never doubt that a small group of thoughtful, committed citizens can change the world; indeed, it is the only thing that ever has.” Margaret Mead

In 1969 at the midst of the anti-war movement, leaded gas, smoke filled air in industrial cities and sludge in our waterways were common occurances.  Although Rachel Carson’s groundbreaking book Silent Spring had been published to world wide acclaim in 1962, there continued to be little if any attention paid to the the penalties of pollution in “progress”.

After witnessing the horrific aftermath of an oil spill in Santa Barbara, Gaylord Nelson, a democratic senator from Wisconsin believed we needed to increase public awareness about air and water pollution.   Nelson’s hopes were to activate the current high levels of social activism to build awareness about the impact of air and water pollution.  Ultimately his goal was to bring environmental protection onto the national political agenda.  He brought on as co-chair, a conservative republican Pete McCloskey, and recruited  Denis Hayes from Harvard to be a national coordinator.  IN 1970 the first Earth Day was celebrated to both political and socioeconomic support.

“By the end of that year, the first Earth Day had led to the creation of the United States Environmental Protection Agency and the passage of the Clean Air, Clean Water, and Endangered Species Acts”

By 1990, Denis Hayes went on to organize a global Earth Day, with participation in 141 countries.  Environmental concerns were for the first time, shared worldwide.

Currently over a billion people celebrate Earth Day as a day of action to promote changes in human behavior and policy changes.  But at the same time, environmental concerns, contrasting beliefs on climate change,  and the impact of protection laws have become political hand grenades. It can seem overwhelming to consider our individual roles in protecting our natural world.

But as the originators of Earth Day showed us, it started with one person, one step to change the world.  We might not be on a global stage, but any steps we take to protect our world, is a step in the right direction.

The Spirit of Earth Day should last longer than 24 hours if we are to make a difference.  It’s the little things we do each day that matter. A good question to reflect on, (ideally when outdoors experiencing first hand the beauty of nature), is to ask “what have I done for Mother Nature, and what can I do in the future.  Can you imagine what would happen if everyone took even the smallest of steps to protect our precious planet earth?

As always, I search and gather quotes for inspiration. I’m sharing the following quotes and ideas to hopefully encourage and inspire you, on how each one of us can make a difference in our own small spheres of influence, to protect our resources now and for future generations.

“Nature is man’s teacher. She unfolds her treasures to his search, unseals his eye, illumines his mind, and purifies his heart; an influence breathes from all the sights and sounds of her existence. – Alfred Billings Street

“The best time to plant a tree was twenty years ago. The second best time is now.” —Chinese Proverb

“Like music and art, love of nature is a common language that can transcend political or social boundaries.” —Jimmy Carter

“You cannot get through a single day without having an impact on the world around you. What you do makes a difference and you have to decide what kind of a difference you want to make.” —Jane Goodall

“It’s the little things that citizens do. That’s what will make the difference. My little thing is planting trees.” —Wangari Maathai

“The greatest threat to our planet is the belief that someone else will save it.” —Robert Swan

“It is the greatest of all mistakes to do nothing because you can only do little. Do what you can.” —Sydney Smith

“Anything else you’re interested in is not going to happen if you can’t breathe the air or drink the water. Don’t sit this one out. Do something.” —Carl Sagen

“The truth is: the natural world is changing. And we are totally dependent on that world. It provides our food, water and air. It is the most precious thing we have and we need to defend it.” —David Attenborough

Look deep into nature and then you will understand everything better. – Albert Einstein

For more information on Earth Day.