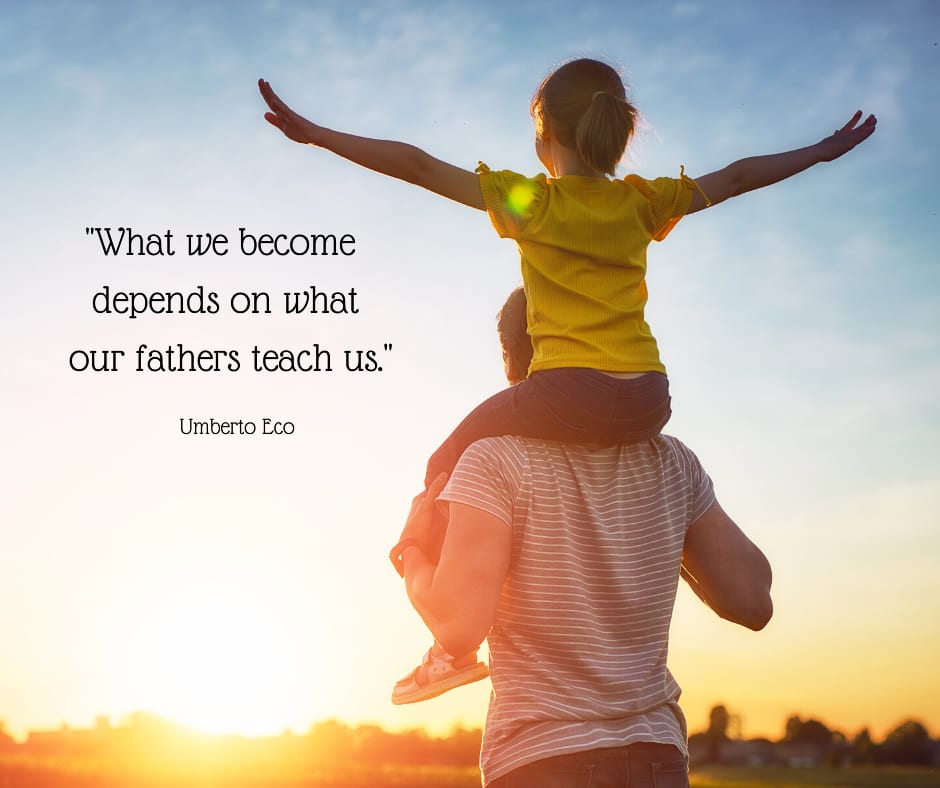 Father’s Day is a traditional day honoring fatherhood, celebrating the bonds of paternal relationships, as well as the influence of fathers in society.

With all of the social unrest in our country right now, I have thought a lot about where the origin of intolerance and racism comes from. I find it disturbing; wondering “how does a child who is naturally a social being turn into one filled with hate?” I reflected on the critical roles our parents and other role models play in our development, coming to a realization of how the three fathers in my life, have influenced my own moral beliefs and behavior.

My grandfather, Walter Herman Bucher, (a.k.a Duppy) was a brilliant  and renowned scientist who fervently believed in the acceptance and value of diversity.  A geologist and paleontologist, he also was a passionate observer of the natural world. Back in the early 1930’s, when my mother was only 10,  Duppy would take her and her siblings into different places of worship throughout the city of Cincinnati, Ohio.  He wanted them to understand how people worshipped in different ways and should be respected for their beliefs and choices.  My mother’s legacy from her father was to practice both acceptance and tolerance which she passed on to her children as well.

My biological dad, Richard G. Oellers, passed away several years ago.  He was a complex individual, a Princeton graduate who was also impatient, quick tempered and intolerant of dishonesty on any level.  He  also loved classical music and gave me his love of bird watching.  His greatest lesson though, was the value of perseverance.  My sense of balance has never been strong, so riding a bike was a challenge.  I was in fourth grade, embarrassed that I couldn’t yet ride one like my friends and younger siblings.  I almost gave up.  Yet, my typically, impatient dad spent hours running beside me on the bike, encouraging me with a secret password “Can do”, until finally one day I rode off on my own.  This “Can do” attitude has helped me to navigate many of the challenges in my life.

My dad, Richard Oellers and me at Jones Beach, circa 1950’s. Along with an appreciation for music, I also inherited his love of water!

My step-dad, Al Binder is turning 101 this year and continues to share his love and wisdom about life.  He has been an important part of our family for  almost 40 Years.  His keen insights on a range of subjects from affairs of the heart to business,  have benefitted all of his children.  His encouragement and enthusiasm for our jewelry making, led to the decision to create and develop our Dreamscape Jewelry Design business. To this day, after every jewelry show, he is the first one we call to share our news.

But the one lesson he believes is his greatest legacy, is the power of being positive.  He has buried two wives, but instead of remorse, he will tell you how blessed he was to have had two happy marriages. His positive attitude and general good health, made him a candidate for cancer surgery at the ripe age of 98. Although he can no longer see and has some age-related health issues, my dad will tell you wholeheartedly that every day he wakes up is a “great day!”  His own “Can Do” attitude has served him well.

Imagine a world where children grow up embracing the values of tolerance, perseverance and positivity.  Rather than protests spurred by frustration in the streets, we could have long overdue acceptance and support for diversity.

I am thankful for what I learned from my fathers. These three remarkable men have taught me, by example, valuable lessons and a road map for living a meaningful and productive life.

What lessons do you treasure from the fathers in your life? We would love to hear them in the comments below.

“It’s the courage to raise a child that makes you a father.”

“A father is neither an anchor to hold us back nor a sail to take us there, but a guiding light whose love shows us the way.”

“Any man can be a father, but it takes someone special to be a dad.”

“My father gave me the greatest gift anyone could give another person: He believed in me.”

The power of a dad in a child’s life is unmatched.

“The heart of a father is the masterpiece of nature.”